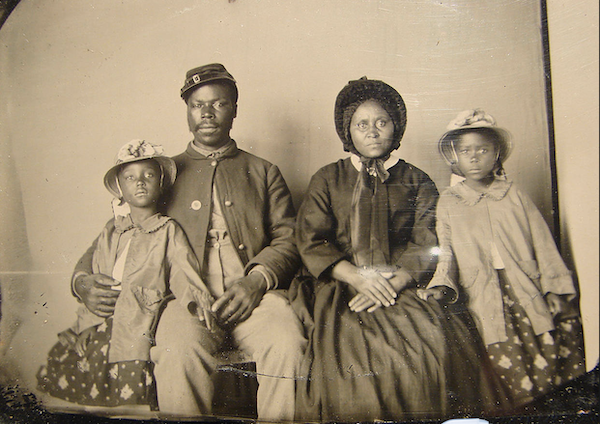 Juneteeth is over, now what. Abolish Racism. Abolish Capitalism.

The first publicly funded police departments in the US were the slave patrols.

In 1704, the colony of Carolina developed the nation’s first slave patrol. Slave patrols helped to maintain the economic order and to assist the wealthy landowners in recovering and punishing enslaved African Americans who were considered property during that period.

Slave patrols first emerged in South Carolina in the early 1700s, but historical documents also identify the existence of slave patrols in most parts of the southern region. “Samuel Walker, Professor of Criminal Justice at the University of Nebraska at Omaha, identified slave patrols as the first publicly funded police agencies in the American South.”

1. Search enslaved people’s quarters
2. Keeping enslaved people off all of the roadways
3. Disassembly of meetings organized by groups of enslaved people.
4. Dehumanizing of Black people in the eyes of the general public, aka people deemed white.

Not much different from what the police do today!

I wonder who was telling the slave patrols to do that? NO, actually, I don’t, because I KNOW the wealthy landowners did.

After the assassination of Abraham Lincoln, Andrew Johnson (the first President to be impeached) became the President of the US. He was a Democrat, populist, for “states rights” and— a white supremacist. Johnson vetoed the Freedmen’s Bureau bill and the Civil Rights bill, both of those legislations would have, in some ways, protected Black people, at least on paper.

Through his inactions during Reconstruction, Johnson allowed many Black people to sink back into a menial and oppressive existence. His inaction, during his tenure, allowed the old power structure of the South to reassert themselves. Former Confederate states passed strict vagrancy labor contract laws, and “anti-enticement” laws designed to punish employers who offered higher wages to Black workers that were already under contract. Often Black people were under contract to their prior enslavers.

Black people who broke labor contracts could be arrested and reenslaved as prisoners for industry.

In 1865 both Mississippi and South Carolina enacted the first black codes. In those states, if you were Black and did not have a written letter saying you were employed, you could be arrested and put in jail, US Steel rented prisoners for its coal mines. Railroads, businessmen, industrialists could rent Black people who were “convicts” from the state.

South Carolina prohibited Black people from holding any occupation other than farmer or servant.

“Prison labor became a more significant part of modern capitalism during Reconstruction because the Civil War made immigration to America dangerous, left the US economically devastated, and deprived capitalism of its lucrative slave labor. One of the responses to these crises was to build more prisons and then to lease the labor of prisoners, many of whom were ex-slaves, to labor-hungry capitalists.”

Slave patrols remained in place during the Civil War and were not wholly disbanded after slavery ended. During early Reconstruction, several groups merged with what was formerly known as slave patrols to maintain control and to entrap African American citizens into the prison/forced labor system. Groups such as the federal military, the state militia, and the Ku Klux Klan took over the responsibilities of earlier slave patrols. They were known to be even more violent than the slave patrol. Over time, these groups began to resemble and operate similar to some newly established police departments in the United States.

By 1837 the Charleston Police Department had 100 officers, and the primary function of this organization was slave patrols. Scholars and historians assert that the transition from the slave patrols to publicly funded police agencies was seamless in the southern regions of the US.

Many of those metro police departments began as “Indian Patrols.”

The most infamous American neighborhood watch group is the Ku Klux Klan, also known as the night riders. The Ku Klux Klan was founded in the 1860s and was notorious for assaulting and lynching Black men for morality based crimes and for being what they viewed as a cocky Black man e.g., knowing how to read, having a business, and demanding rights. Actions that if a white man had committed them would not be a crime.

Lynching occurred across the entire county, not just in the South.

Lynching was when they dragged you from your home, stripped off much of your clothes, tied you to a tree, cut your testicles off, beat you, and set you on fire (in that order) in front of a cheering audience that often included white children.

In 1871 Congress passed the Ku Klux Klan Act, which prohibited state actors (the police) from violating the Civil Rights of all citizens in part, because of law enforcement’s heavy involvement with the infamous group. However, this legislation did not stem the tide of racial or ethnic abuse that persisted well into the 1960s.  —My reference “A Brief History of Slavery” said 1960, but I’m not sure if I can say with confidence that the police ever stop working with the Klan, and they were pretty open with it at least through the 1970s. The reason the police were in the Klan is that it was filled with cops, but because it was filled with businessmen and politicians who gave them directions on who to kill and harass.

And this mindset was deliberately spread throughout the rest of the country through the active recruitment of racist white Southern police officers.

In 1950 the Los Angeles’ police department the LAPD appointed Williams H. Parker as the chief of police. Parker recruited police officers from the South, specifically for the purpose of oppressing Black people and Latinos. He created a form of policing called the thin blue line. He claimed it was to reduce corruption, but it also seemed to have a very dramatic and harsh impact on Los Angeles’ Black community.

Los Angeles was a place that had been very progressive for African Americans, owing to Parker, it quickly became what we have now and home to one of the most violent racist police departments/slave catchers in the US.

Immediately after the Civil Rights Movement’s gains were won, the War on Drugs propaganda started (because they needed a better way to put Black people in jail for free labor, since the black codes and Jim Crow were now illegal). In 1986 H.R.5484 – Anti-Drug Abuse Act of 1986 legislation (co-authored by Biden) made the possession of a single marijuana cigarette a jailable offense.

That led to an escalation of the militarization of the police and the adoption of Special Weapons And Tactics (SWAT), developed by LAPD Chief Daryl Gates.

SWAT is a militarized police department to fight drugs and arrest Black people for prison labor, though the police claim it’s for crisis situations.

SWAT is used 42% of the time in African American communities and predominantly for alleged drug-related situations.

Why is all this happening?

The manufactured fear of Black people?

The laws that seem always to get Black people arrested?

According to Center on Budget and Policy Priorities our tax dollars fund approximately $56 billion at the state level for prisons, juvenile justice, and parole and according to the Urban Institute on the city and county level we pay police $115 billion in taxes for the police, but that’s not the sole reason this is happening.

Any group that controls that kind of money has a lot more money. The entire system is literally to provide free labor, forced labor, and reenslave Black people, which is easy to do because the US is racist.

For nothing or pennies a day the imprisoned work in call centers, they fight forest fires, the package video games, they make underwear, and they even do jobs that public employees do, like pick up trash.

All of this is happening to create free labor via the prison system for US corporations. US capitalism and US anti-Blackness/racism are blood sisters.

The concepts of bad apples and just cause are being used as a distraction of the real issue, which is WHO is directing these institutions and what their priorities are.

I have been to meetings with actual reasonable cops, but you know who wasn’t reasonable? The landowners and this is just on a local level. Imagine what is happening on the regional and federal levels, you don’t have to imagine, look up ALEC. Be horrified at how pronounced and out in the open this system is. This is about a system that at its roots was grown for the specific purpose to protect the wealthy’s interest and to oppress and terrorize Black people as an example to the rest of the US of what the system (run by the wealthy and amoral) can and will do to you if you get out of line AND to use them for slave labor.

Rubio, M. (2019, October). From Plantations to Prisons: The Legacy of Slavery on Black Incarceration in the US. Retrieved June 20, 2020, from https://www.melissarubio.com/research